Can a woman have pattern baldness or androgenetic alopecia?

For a woman, her hair is not only an element of vanity and pride but also of her identity. The loss of it can become disturbing and debilitating to her self-image and self-esteem. While men often are a sport about it, balding is downright scary for women. Many of my patients in curiosity ask can a woman have male pattern baldness? Yes, pattern baldness in women is real, although it is not the same as male pattern baldness, the pattern in females manifests differently however the condition/diagnosis is very similar.

What causes pattern baldness in women?

Pattern baldness is also called Androgenetic Alopecia. It can affect both male and females. It is a mainly hereditary pattern of hair loss and it most commonly is seen after menopause. Studies reveal that about 40% of the women show signs of hair loss and start experiencing female pattern baldness by the age of 50, and less than 45% of women reach 80 with a head full of hair.

Symptoms are seen in their 30s and 40s themselves. In early stage female pattern baldness, the problem starts with symptoms such as thinning of the hair at the crown area of the scalp. Then it proceeds with a receding hairline that can slowly show as bald spots.

Here are the major reasons behind pattern hair loss in women.

Female pattern baldness has a strong genetic predisposition, that is polygenic in nature. So if you have a history of baldness in your family, you’re susceptible to experiencing it yourself.

Androgens are a group of hormones linked to male traits, but present in both males and females, and are thought to be responsible for hair loss. These hormones include testosterone, and its derivative called DHT (dihydrotestosterone). Ironically, DHT is essential for body hair growth, but it is damaging to head hair growth. Thus, when the level of such hormones increase in the body, they may lead to hair growth in other parts of the body but at the same time will also lead to hair fall and can cause issues such as pattern baldness in females.

Since female pattern hair loss starts presenting only in midlife, ageing and menopause are thought to play a role. The role of estrogen, too, is uncertain. Because though the symptoms increase after menopause when estrogen levels become low, suggesting that estrogen may indeed be stimulatory for hair growth.

Stage 1: Hair thins out all over the scalp, parting gets wider.

Stage 2: The thinning part is now obvious, and you may have lost half of your hair.

Stage 3: One can easily see through to your scalp with almost 70% of your hair thinned out.

The treatments for female pattern hair loss may take up to a year to start working and need to be continued long-term to maintain those results and prevent you from losing hair again.

Minoxidil and Finasteride are the only drugs approved by the FDA for treating female pattern baldness. Available as 2% or 5% topical solution, it needs to be applied to your scalp every day. It stops or slows down hair loss in the majority of the cases, and also induces significant hair regrowth in half of them. But the treatment is expensive, and hair loss may recur once minoxidil is discontinued.

PRP injections into the scalp can improve both hair density and hair thickness by delivering a high concentration of growth factors, stimulating hair regrowth. This is considered a highly effective treatment for pattern baldness in females.

These are FDA-approved to treat hair loss by using light energy to stimulate hair regrowth.

A hair transplant is a more permanent solution to solve your hair loss troubles. It consists of the removal of tiny plugs of hair from areas where the hair is continuing to grow and placing them in the balding areas.

Are Natural Treatment Options Effective for Pattern Baldness in females?

There are so many women who prefer to look out for natural ways of treatment before trying out the medications and similar treatment options. Of course, in some cases, there are natural ways that can help in treating a particular health condition. Sadly, when you talk about situations such as pattern baldness in women, the options of natural treatment are quite narrow.

There are some claims made that the use of natural ingredients such as onion and garlic juice or essential oils such as rosemary oil can help in stopping hair fall as well as gaining new hair growth. There are some people who have said that they have experienced a good result out of it, while there are also many such people who have found such home remedies to be absolutely useless. Hence, it is quite difficult to state whether these natural options actually work or not.

Also, as you keep on wasting your time, the more hair you will lose. Hence, the best way is to take medical help and get a treatment for your condition at the earliest.

Speak to a dermatologist about your condition for a permanent solution.

Book an appointment with a HairMD expert! 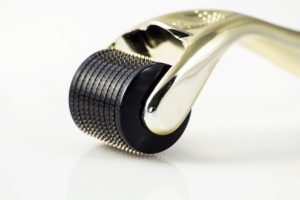 How to use Minoxidil and Dermaroller together?

Using Dermaroller with minoxidil Have you been losing too much of your hair late and having fear of growing bald soon? Here is the answer to your hair fall worries,... 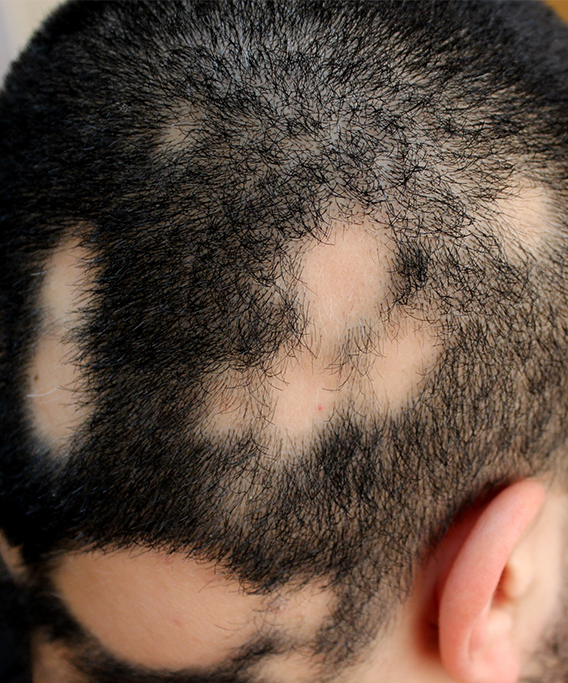 Signs and Symptoms of Alopecia Areata: All You Need To Know